The ultimate solution for everything wrong

‘The world is busy with things that do not really matter’. My client seems disappointed about the meaninglessness in society. Because he just finished telling me how he diverts a lot of his time and energy to unfulfilling things, like Facebook, it’s a clear signal: he is projecting the inside emptiness onto the world. 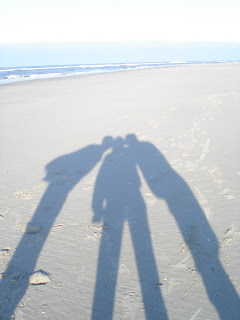 It’s what we all do. We project the things unresolved inside onto our parents, partners, children, other people and life. We feel insecure in the presence of great people, because we deny our own greatness. We are angry about lack of respect, because we ourselves disrespect. Yet this may be true in a total different way (we disrespect poor people, drug addicts, outsiders, the less intelligent, etc.), so we can’t see the similarity.
If we like to make a contribution to ending wars, wrongdoing, deceit, suffering, injustice, irresponsible behavior etc., we have to take responsibility for our shadow; the parts we are not consciously aware of; the great and not so great ones. Own what you would rather deny and feel the underlying anger, emptiness, fear, shame…. By beginning inside, you will definitely change your outside reality.
This I have experienced to be an endless process, but very rewarding. From being angry with the world, emotionally unstable, reactive and discontent about my situation, I became happy, fulfilled and directive. Only when I saw the part saying ‘my boyfriend will leave me sooner or later’ I managed to create a stable relationship. And more recently: as soon as I acknowledged my aggressiveness (which was quite an effort, because I was totally in denial), I would meet less aggression in the outside world.
A very clear book on how to own the shadow is Debbie Ford’s ‘The Dark Side of the Light Chasers’. There is also this movie with Debbie Ford and Deepak Chopra.
Posted by Hermelijn van der Meijden at 1:23 PM