The Path of Loneliness

She came to me for a ritual. She wanted to belong, and not feel like an outsider anymore. So I took her to the suburban beach, on the night of the full moon. Before us was a gate, then a long bumpy sand road. I did not have an easy task in mind for her. 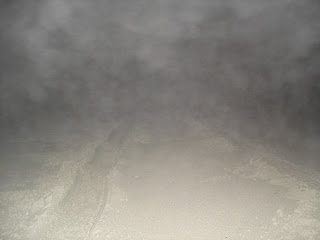 I gave her a big refuse bag, and pointed at the road: ‘That is the Path of Loneliness. Follow it, and pick up the waste. Each item stands for the load you carry, and want to get rid off.’ I felt her fear, but she accepted the assignment bravely. She stepped through the gate, and I stayed behind her, following the energy and beating the drum. When she stopped for the first time, she lifted a heavy brick and put it in her bag. I felt the deep sadness in her gesture. I was aware of the length of the road ahead, and how much weight she had to take with her.
She continued, and kept collecting heavy things. Where I would go for plastic and cans - the indigestible stuff so to say - her eyes would only fall on big things that hardly fitted in her bag, or couldn’t be picked up all together. Sometimes she needed all her strength to pull something from under the sand. But she was determined: it needed to come to the surface, before it could be released.
Seeing only her back, I was struck by her posture: it expressed the immense loneliness she had experienced as a little girl. No wonder she kept her eyes firmly on the lighthouse on the other shore; the light from ‘the other side’ supported her on her journey.
The Path of Loneliness ended in a circle, made from stones. This was her Sacred Space. The coherence between inside and outside was stunning, as always in rituals. We hadn’t seen much yet of Grandmother Moon, but she came up exactly when we needed her. The silver light washed away old energy, while bats (totems of transformation) circled above our heads. Softly she started singing, calling her soul back home.
When we returned to suburbia, I helped her carry her load. She wasn’t alone. She just needed to feel that.